What's on your mind?

Celebrating in the month of November, we want to celebrate the culture, accomplishments, and contributions of people who were the first inhabitants of the United States.

A key article relating to this observance on Fargo Wiki is Hanzee Dent.

Did we miss any? Please let us know your other suggested articles below!

You can read more in the latest staff blog:

We want to hear from you! Please do read the above blog, comment on it, and add suggestions. Thanks and I look forward to hearing from you! :)

Sorry if it was asked already, but what is the chronological order of Seasons?

I guess S4 is the first, what about others?

I think I totally missed out on the name drop, but I did not recognize him until I was just seeing an article mention his appearance. Considering I rewatched the show recently, that's a bit shameful on my part!

But in regards to his appearance, does anyone think this solidifies the fact that Loy's son, Satchel, might be Mike Milligan? Share your thoughts!

So, I think the biggest fans will realize quickly when starting Season 4 that one of the organized families shown at the very beginning are the "Milligan Concern" - quite obviously sharing the name with Season 2's Mike Milligan.

We are later shown that the "Rabbi" Milligan character (played by Ben Whishaw) joined the Fadda family, so I'm wondering if Mike Milligan is either connected to this character, another Milligan (if any survived), or if the name is just a coincidence - which in a quirky show like this, I could see being the case. However, remember that Mike is ALSO IN the Kansas City mafia.

We know Rabbi Milligan has gone back and forth between conflicting families when younger, so it's not a stretch to imagine him defecting to the Cannon family - could Rabbi just be Mike's father, or something like that? Or perhaps a surrogate father? (Not sure if the timing works - Season 4 is in 1950).

It would be interesting if there was that link as something else tying the seasons together, and perhaps we will find out more or even see related things happen later on this season.

The first two episodes of the fourth season of Fargo aired just a few days ago! Feel free to discuss your thoughts and opinions on these episodes.

Remember: Watch out for spoilers if you have not watched them yet!

You may also want to check our wiki articles, and help out if you feel like it:

Welcome to the Alternate EconomyFargo Wiki

The Land of Talking and KillingFargo Wiki

Only a few days now until we can finally watch the beginning of the new season, with the two first episodes ("Welcome to the Alternate Economy" and "The Land of Talking and Killing") airing on Sunday, September 27.

What are your expectations for the season overall? I've been pretty excited, especially as I actually rewatched the three seasons a couple months ago.

Also, feel free to check our Season 4 page for information, and a number of trailers.

Hi everyone! As your Wiki Manager, I wanted to make sure I shared important information about an upcoming change happening across Fandom that will affect all its communities, this one included. Fandom is currently working on migrating all its wikis to a new Unified Community Platform (UCP for short). You can read more about this in this blog.

If you still have questions about what that all entails after reading the blog, don't hesitate to ask them here. I'll be happy to supply you with an answer or find one for you in case I don't know myself.

Wiki migrations had been on hold a while in order to give the engineering team more time to fix some issues regarding the editor and admin experience on UCP, but they now starting up again with a few improvements. You can see the banner notification on this wiki already, which means it will happen very soon in this community.

After the migration, you can also use this post to leave any and all feedback you may have about UCP as well, so I can relay it back to Fandom. Or, if something happens to get broken during the migration, I’ll be here to help you fix it. I hope we can work together to make the transition go smoothly! 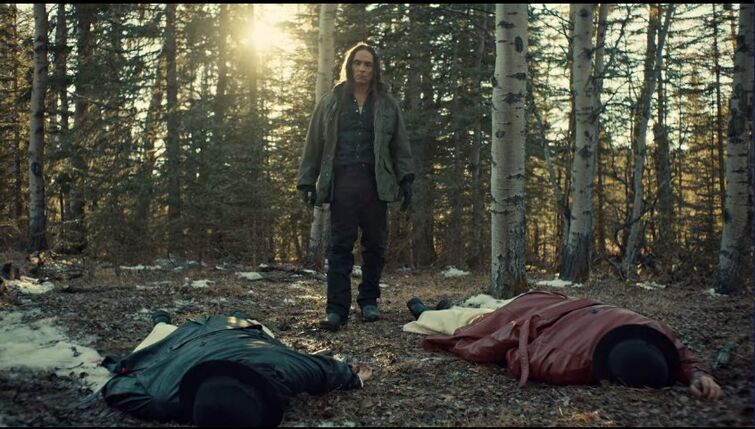 Ready for some Fargo Fan Fiction? Here is my version of Fargo, Season 1, Episode 8.5. Please let me know what you think.

So now that the first episode of Season 3 has aired, what is everyone's opinion? Does Ewan McGregor nail it at the Stussy brothers or what?

Wow, thanks TDA15. Always happy when someone deletes my work in the blink of an eye. Nice to meet you too.

Surely the page deletion should be the democratic decision of wiki community, not the impulse of one admin? Next time I would appreciate a notice on the page's talk page so that the matter of deletion can be discussed.

(edited by Rehfisch)
Just wondering what happened with this bag. These bloody clothes is 100% reliable proof of Lester's guiltiness.
(edited by RomanLaidinen)

See what I typed above;